Huxley-Parlour’s first exhibition of work by acclaimed Dutch artist Ruud van Empel, one of the most innovative and influential contemporary photographers working today.

Van Empel’s distinctive work embraces a spectrum of references including Dutch Old Masters, German Renaissance painters and early photomontage artists. Through his sometimes charming, sometimes controversial images, van Empel explores notions of youth and innocence by channelling many of his own childhood experiences. Imbuing innocence with a hint of danger, van Empel’s work forces the viewer to question what is comfortable and real, as they are presented with this strange beauty.

Van Empel’s pioneering techniques have completely changed the face of digital photography. Using a vast library of digital body parts, fabrics and foliage, van Empel creates dream-like photographic utopias, where nothing is exactly as it seems. Each figure is a hybrid; resulting from his painstaking synthesis of hundreds of diverse fragments taken from his own photographs. Eyes, noses and lips are collaged together to create the highly polished new human forms that inhabit his images. The process is painstaking: a single work can take up to three months to complete. The colours and textures are individually altered, and each setting digitally staged. Van Empel uses photoshop to utterly transform reality, and turn it into something at once alluring and unsettling. 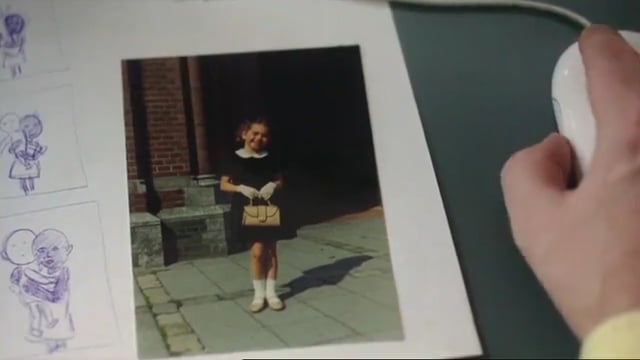 Prompted by a desire for a more minimalist aesthetic, at the turn of the century van Empel began experimenting with Photoshop. Each of his figures is a hybrid, resulting from his painstaking synthesis of hundreds of diverse fragments taken from his own photography: eyes, noses and lips are collaged together to create the entirely new human forms that inhabit his images. The process is painstaking, as a single work can take up to three months to complete. The results are often an uncanny synthesis of the alluring and the unsettling. His methods engage with questions of identity, truth and artificiality in an age where digital simulation is ubiquitous.

Ruud van Empel was born in Breda, The Netherlands, in 1958. Van Empel graduated with a degree in graphic design from the Academie St. Joost. Ruud van Empel’s work has been exhibited extensively: his work is held in the collections of several major galleries and museums throughout the world, including MoPA Museum of Photographic Arts, San Diego, the Rijks Museum, Amsterdam and the Tel Aviv Museum of Art, Israel. He has also been the recipient of numerous awards including the Municipality of Breda Oeuvre Prize in 2013 and the Artist of the Year Award from American Friends of Museum, New York in 2017.

The artist lives and works in Amsterdam.