Latex and tar on tile Latex and tar on canvas Tar, spackle and latex on tile over masonite Tar, spackle and tile over wood Known for his experimental use of materials, Donald Sultan’s painterly practice presents an interest in surface and materiality, derelict areas of infrastructure, and graphic forms. Interested and influenced by art history and the work of his contemporaries, Sultan cites Josef Beuys and Alberto Burri, as well as Arte Povera’s use of everyday materials and the industrial Minimalist grids found in the work of Carl Andre as influential to his work. Inspired by disastrous industrial or urban events, Sultan’s series Disaster Paintings (1983), manages to be a specific rendering of individual trauma as well as a generalised representation of disquiet and dread.

Sultan’s use of unconventional materials includes coins, bottle tops, linoleum floor tiles, tar, oil, latex, and spackle (a compound used to fill cracks in plaster). Each of his series, with its disparate imagery and subject matter, can be distinguished by two defining characteristics – the stark reduction of form and the liberal and free use of the colour black.

Sultan was born in 1951 in Asheville, North Carolina. He studied in the Fine Arts department at the University of North Carolina at Chapel Hill, furthering his education at the School of the Art Institute of Chicago. The 1980s and 1990s saw him exhibiting internationally and his works touring the US in multi-venue exhibitions. Sultan’s works are now held in the permanent collections of over 50 major international museums including the Museum of Modern Art, New York, Solomon R. Guggenheim Museum, New York, the Metropolitan Museum, New York, the Los Angeles County Museum of Art, the National Museum of Modern Art, Tokyo, the Reina Sofia in Madrid, the Centre Georges Pompidou, Paris, and Tate Modern, London.

He lives and works in New York City. 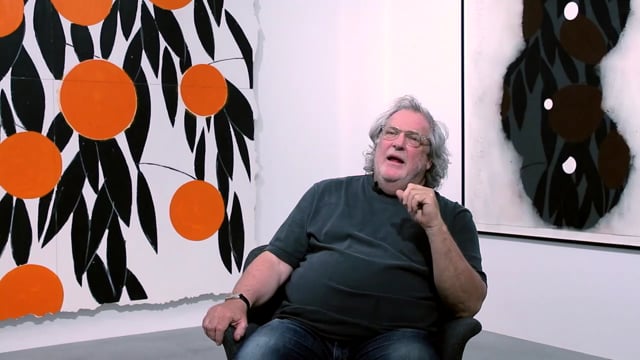